Recently, I’ve been encountering situations where I’m having to choose myself. I’m having to actively love myself the most. As my connection with God has grown, it has become easier to see what is healthy for me and what is not.

I was the secretary of an organization I cared a lot about. The org was focused on bringing black women together and providing a safe space. I wanted to have an outlet to help other black women, specifically younger ones because I know the first semester away at school can be difficult. But I was unhappy with how the organization was being run. It made me anxious and upset a lot of the time. So I quit. I put myself and my desires first. And that came at the expense of others in the organization- I knew that by quitting one of the girls on the board would have to take over my responsibilities. I got a lot of backlash from all of the girls in the organization for quitting. I have never felt more questioned on my character (I even got accused of trying to steal money from the organization), my morals and my being, than I did at my final meeting (which was after I resigned). It wasn’t a hard decision to resign- I had thought about it a few times and I talked myself out of it. I reassured myself that it would be fine. And one day, it was no longer fine. I had to put me first. And to be honest, though I didn’t like being questioned, it made me understand that not everyone will like when I put me first. And I’m perfectly okay with that.

I recently ended a four year long friendship. It’s not that one thing specifically happened, it was that I wasn’t getting what I wanted out of the relationship. So I ended it. This is just one example of me choosing myself. If I don’t want to do it, I don’t. It’s such a liberating feeling to look back and understand that I choose me. Because I’m worth choosing. I deserve to be loved and treated with respect. So I’m demanding it. Not in a “I’m trying to force you to treat me how I want to be treated”, but a “I don’t like how you’re treating me, so it’s over.” To me, you only get so many chances. And there’s no exact number, but rather it’s a feeling. And in this situation I felt that it was over- we had talked about the same issue recently and nothing was fixed.

There was another situation I was in where I had to put myself first. I had pretty defined plans with someone that didn’t happen. And the option was brought up about moving the time, and I said no. I said no because moving the time would’ve made me feel like I wasn’t being treated the way I want to. In this situation, we’ve had discussions on how to move forward. But that would’ve never happened had I went. I had to put myself first and now I’ll see what happens.

What I’ve learned from all these situations and more is- only I get the power to define me and what I want. And I deserve what I want. I will allow the space for all of my desires to manifest. And that if I don’t like how I’m being treated, I get to redefine the relationship. 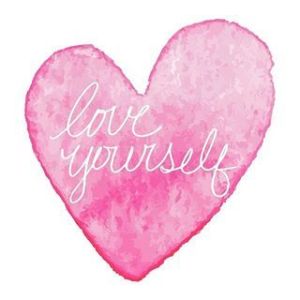 i'm just a blogger who's on a never ending journey learning all i can about myself. View all posts by mayahlovee